Are you a Kingdom Builder?

As we were coming into 2022 God released the prophetic word through GICMP'S Prophet Andrea P. Roberts: "This is the year where He is releasing Noahs, Joshuas and Daniels and that many would build Arks in this season, that may look strange to others."

Plus, He told GICMP FOUNDER, Apostle Dwann Holmes, this would be the year that He causes His children to MASTER MEDIA, MONEY AND MINISTRY.

Now off the heels of her book The Global Call To Marketplace Ministry: A Practical Guide To Ministry Outside the Church, Apostle Dwann has pulled together some spectacular Marketplace Leaders for GICMP's Miracles In the Marketplace eSummit and Interview series.

Yes, God is releasing MIRACLES IN THE MARKETPLACE and in this season He's raising up an army of AMBASSADORS who aren't afraid to embrace their God-given assignment, not just in the church, but in the Marketplace. 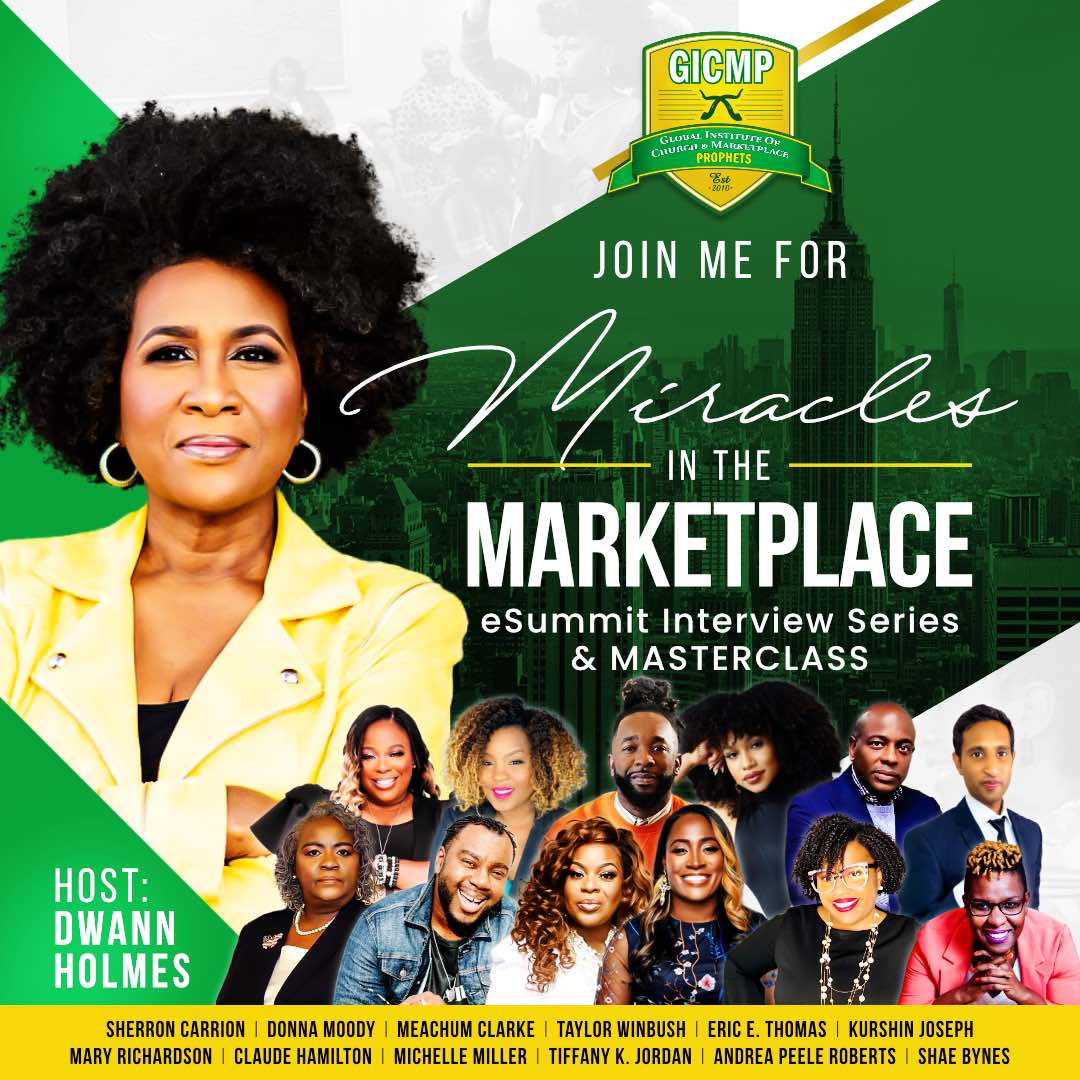